The Best and Cheapest Ways To Travel Through London

London is an excellent place to visit and there are a million things to see and do! But London is also a very big cities and you need to rely on transport to see it all! But what are the best travel mode to use in London? And which one is the best and cheapest? While London can get rather expensive if you don’t watch your expensive it can turn out a surprisingly affordable city if you are creative! Fortunately, the London public transportation system is very efficient and Urban Stay is an expert in finding you the best value for money. So just follow these simple travel tips for London you can save on transport costs while in London. 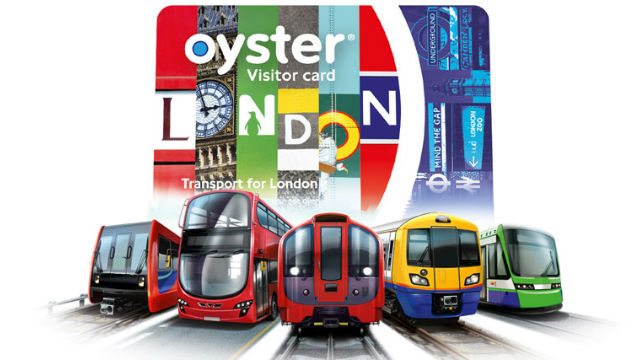 A taxi is the most convenient way to ride public transportation because they’re everywhere. The London cabbies are extremely professional and great at their job. You can go to any place you want without having to walk a lot (compared to riding the Tube). But black cab taxis in London are very expensive and the metre doesn’t stop even when you’re stuck in traffic.

The cheaper alternative are private taxi companies such as Addison Lee. Contrary to black cabs which you can only hail on the street you must request a taxi pick-up beforehand with Addison Lee. This however is the cheaper option. A £50 taxi ride with a London black cab will ‘only’ cost you £35 with a private taxi. And even cheaper, download the Uber app and you will get the same ride for £25 or even cheaper. Nevertheless, unless it is absolutely necessary, avoid using taxis. There are so many transportation alternatives that are cheaper and some even quicker, that you won’t have to use taxis.

2) Buy a Travelcard or Oyster Card

Buying a multi-use Travelcard or Oyster card will be your best purchase while in London. You can gain significant savings if you use these travel passes. Travelcards give users the privilege of traveling on buses, the Tube, rail networks, and the Docklands Light Railway an unlimited number of times for seven days. The pass also gives you discounts for riverboat routes. The riverboat route alone will save you a lot of money because you can just ride public transportation boats instead of riding on the overpriced tourist boats. In addition, you must have a valid Oyster card to use the red London buses. You cannot buy tickets on the bus itself anymore.

3) Use the Tube Extensively

The Tube, or the London Underground, is the most economical mode of public transportation when you’re in London. In most cases it is also the quickest way to get from A to B. London has a very high infrastructure density and this also applies to the London underground. Contrary to New York or Paris where some stations seem miles away from another in London neighbouring stations are quite close. You will always find a tube station in very close proximity to popular London tourist sites, hotels and Urban Stay’s luxury serviced apartments in London.

For the most part you won’t have to walk far to reach your destination. You also won’t get lost because you only need to find out which tube station you need to reach. Of course, travelling via the London Underground will also mean not having to deal with the traffic that happens during rush hour. We have a lot of serviced apartments in London that are situated very near tube stations. This makes it very convenient especially if you plan to move around the city a lot. When it’s time to go home just go back to the Tube, get off your station and you’re right next to your London serviced apartment.

An absolute must! Take an iconic London double decker bus at least once. Even if you don’t have to go anywhere riding a piece of history should be on your agenda. London buses go literally everywhere and have an even better infrastructure coverage than the London tube. As the buses obviously take you around overground you get some free London sightseeing on the way. Save yourself the money of doing an open bus tour or hop on hop off tour and just take a red city bus! The London buses offer you all the sightseeing you may wish for. And the best? Contrary to the tube where you pay for the different travel zones, in buses you pay the same fare, if you’re in zone 1 or 5. And in addition to this TfL introduced the Hopper Fare which means that you can change buses without paying again.

The best London bus routes according to Londonist are the following:

Still a bit of an insider tip for London is the Thames Clipper. The Thames Clipper is a fast boat that is operated by Transport for London (tfl) and is not a private sightseeing cruise. However, as the boat connects you from London Waterloo all the way to North Greenwhich you will see London’s most loved sights anyway; and on top of that for a bargain price. From the Houses of Parliament, Bin Ben, The London Eye, St Paul’s Cathedral, The Shard, the Tower of London, Tower Bridge and so much more, you will see everything on the way.

No matter in which location in London you wish to stay in rest assured that all Urban Stay serviced apartments London enjoy convenient transport links.Take a look at our locations here, call us for a chat or get in touch via our Facebook page. Please don’t hesitate to share your own suggestions with us!

Jenny is our Director of Marketing. She likes to write blog posts about travel tips for business travellers and London insider tips.